It is easy to get uneasy when you are in a hospital and hear a lot of technical jargon being spoken back and forth. This is doubly true if you are in the hospital with your child where it can be so hard to control yourself from asking too many questions and getting in the way of the doctors. If you hear the term vascular ultrasound being thrown around, it can be very confusing, as most peoples familiarity with the term ultrasound is related to pregnancy. However, there is nothing to worry about as the vascular ultrasound is probably being used for a very simple reason.

What Is A Vascular Ultrasound?

Why Is My Child Getting A Vascular Ultrasound?

The most common reason children will have a vascular ultrasound is to help the medical professionals insert a needle. Because children are so much smaller than adults it can be hard to find a suitable vein to insert the needle into. This is especially true for babies and infants, although it still remains a problem for older children as well. The last thing a doctor or nurse wants to do is to try and insert a needle and have it fail. That can be quite traumatising for the child, as well as for you and the medical staff. To avoid this, a vascular ultrasound will be brought in, and any risk of misplacing a needle will be drastically reduced.

Are There Any Other Reasons Why A Child Would Have A Vascular Ultrasound?

If the child has issues with circulation and the doctor is concerned about a particular area of the body not getting enough blood or they have sustained an injury and doctors want to know how to fix it, then a vascular ultrasound will be ordered. This is generally quite rare, as children seldom have problems with their vascular system (also known as the circulatory system). The only time you really see this happening is when there is a congenital disorder. 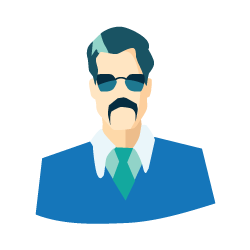 Staying healthy involves a lot of elements such as healthy eating, exercise, stress reduction techniques and the right medical care. In this blog, I'm going to talk about important aspects of preventative healthcare, but I will also delve into reactive methods for dealing with health issues ranging from the common cold, to the flu, to serious chronic illnesses. In my own life, I was diagnosed with MS just a few years ago. Although I currently don't have a lot of symptoms yet, I do a lot to manage my health, and I want to help others as well. I hope this blog helps and inspires you.

Tips For Strengthening Your Back Following An Injury
15 November 2022
Whether it's a car accident, a fall down the stairs, or something else, having a back injury can result in long-lasting frustration. If the injury is …

What Are the Benefits of Dry Needling on a Shoulder Injury?
25 May 2022
If you have muscular shoulder problems or an injury, then you might not find it easy to relieve your pain and recover. If your muscles have become tig …

Questions to Ask Your Physiotherapist
24 January 2022
This article explores some of the questions you may want to ask when you visit a physiotherapist for treatment. Read on to find out more! 1. What cond …